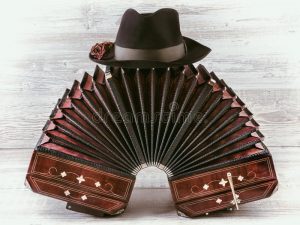 Sometimes I wonder what would have happened had I stayed in Buenos Aires last spring. My visit was cut short by the outbreak of the pandemic. I had arrived in the first days of March, not sure whether I had done the right thing by sticking to my travel plan and not sure what to expect. My plan had been to spend several weeks in Buenos Aires studying Spanish in the morning and tango in the afternoon. The first cases of Covid-19 had arrivd in the USA, but Argentina still seemed a safe place. I was naïve, as were most of us. But I had no idea how quickly the virus was going to spread, and that it in no time it would turn into a pandemic.

During the few days I ended up staying in Argentina the government moved into action quickly. So far as tango was concerned, their first step was to ban all foreign visitors from tango events. A day later they shut down all tango events, and then finally closed the borders. I had a choice: either to stay in Argentina indefinitely and be confined to my small rental apartment or to take the next flight back to the USA. I decided on the latter. My entire stay, short as it was, was overshadowed by the mounting crisis.

One of those who stayed because that was his home and lived through the turmoil of the past year in Buenos Aires is Eduardo Saucedo. Until the arrival of the pandemic he used to travel frequently around the world, teaching and performing. But suddenly his world shrank to the size of this apartment.

On the other side of the world in London, another well-known tango teacher, Raquel Greenberg, worried about the future of her business — of her entire profession. She bravely kept her tango academy going by teaching online classes. Thanks to the British government’s uneven handling of the crisis Raquel was able to open her school for a while for in-person classes. She even managed to organize a tango trip to the other end of Europe.

What follows is the continued story of two tango teachers in two cosmopolitan cities, seven thousand miles apart, living through the same crisis: what happened during the second half of 2020 to Eduardo Saucedo in Buenos Aires and what happened Raquel Greenberg in London.

When I call Eduardo in early January he sounds as happy as a clam. No wonder, after a very long and strict lockdown he is now out and about, enjoying the simple pleasures of life he had missed so much.

Buenos Aires suffered an unprecedented lockdown for more than two hundred days between March and October. The confined living situation caused a five-fold increase in depression among local residents known for their lively social life. After the lockdown was lifted, not surprisingly, people began flocking to milongas that popped up at many places in Argentina’s capital. Some of them take place legitimately: outdoors and with special permits by the administration. Others are held without permits and are frequently shut down by local police. Needless to say, dancing tango at a time when the pandemic is still raging in Argentina is at the center of a much-heated debate. The issue hits a delicate point in the memory of Argentines, since during the dictatorship tango as a place of social gatherings and potential uprising was forbidden.

Even though the reasons for the continued restrictions on social activities, including tango gatherings, are different this time, they have been just as hard to bear. And in many ways they have affected everyday life even more. The residents of Buenos Aires were only allowed to leave their homes to go shopping at the nearest store. At times a nightly curfew was imposed, strictly enforced by police.

Ever since rules were loosened at the beginning of the Argentinian summer, Eduardo tells me laughingly he has been taking ‘a looot of walks’ across town. He buys his coffee in the morning, goes for a walk, has lunch outside, and hangs out and enjoys time with a few close friends in his bubble.

But the many months he was forced to spend alone at home were not wasted: he worked on receiving a certificate in life-coaching. This was something, he tells me, he had always wanted to do.

This doesn’t mean that he has given up his tango career. He continues to teach online, both private lessons and group classes. One of these is a rather unusual class about the culture of Buenos Aires including instructions on tango technique for advanced dancers, called ‘Tango Embrace of Buenos Aires’. He tells me that he developed the concept with his co-hosts Christy Cote in San Francisco and Kikki Rusth. Furthermore, he maintains close ties with other tango communities in the USA such as the Tango Society of Boston for which he teaches a four-week online series this month. This way he also stays in touch with students in parts of the world that he used to visit frequently.

When I talked to Eduardo last summer about teaching online, he said that he appreciated some of the new benefits of teaching online, above all the fact that ‘zooming’ into his students’ living room creates more intimacy and allows for a closer relationship between teacher and student. Now he adds that his new online teaching experience was a learning process: “With teaching online you have to reorganize your mind. You have to teach with a different vocabulary.”

It seems that he is still far from teaching in person and will continue teaching online for the time being. While returning to his old tango life is not in the near future, he seems too busy to have any regrets: “It’s good to miss tango because it is going to result in a ‘reset’ in tango.” Tango will be even more popular than ever after the pandemic, he thinks.

After we talk, he packs his bags for a trip to the south of Patagonia with his friends ‘in the bubble’, for a few days exploring something new — and enjoying his new freedom.

After a devastating spring and summer, London started opening up in mid-August. So did Raquel with her tango academy. The church where she teaches allowed her to teach in person with all the required restrictions in place. The church was accommodating in other ways too, as Raquel adds: “They were so kind to reduce the rent.”

Months of teaching online only from her apartment finally came to an end. It was a huge relief to see her students in person, even though Raquel never missed a beat. She was one of the first tango professionals to switch to online teaching immediately when the lockdown took place last March. During our first conversation three months later she told me how she quickly learned to master video-conferencing platforms and managed that way to keep her students engaged — dancing tango as well as on a social level.

Although her students loved her online classes they were overwhelmed to be able to attend in person classes again. “It was rewarding to see all the happy faces”, Raquel remembers. She taught a reduced number of students at the space in the church. Encouraged by the success of this first step, she started to organize her annual tango retreat in Crete.

Still, there was a lot of uncertainty how the overall Covid crisis would develop in the UK and in Europe. “It was difficult to get the trip off the ground because the rules changed all the time,” she says. In the end, the group with eight students was much smaller than previous groups. The students came from France, Denmark, and England: a genuinely European experiment, given that each country had — and still has — different travel restrictions. The experience was quite different too: the trip was moved to a different time of year — from May to late September— and the overall relief of the participants at having escaped their restricted life at home and of actually being on vacation was unprecedented. The group stayed in a remote part of Crete and had to drive to get to dinner places in the evenings. She wasn’t able to participate in many of these small social outings since she continued teaching her online lessons during that time. But she rewarded herself with an extra few days of vacation by herself after all the others had left.

When she returned to London she says she felt incredibly happy, and it was almost a surreal feeling to be back in a city that had returned to life. She thought her events planned for the holiday season would still be happening and continued to promote them, investing a lot of time and money. “December is usually the busiest time of the year for me,” Raquel says. But soon after, the infectious numbers went up and everything started to shut down again. All Raquel’s events had to be cancelled.

Nevertheless, she tells me as we speak in January, she is at this point the only operating Argentine tango school in London. She firmly believes that tango will come back, but it could also mean a lot of competition for those few professionals like her who will have survived this crisis. “It’s scary to think what’s going to happen when everything opens up again,” she ponders. But ‘scary’ is the way life feels in London these days. When Raquel now walks in the nearby park to clear her mind it’s very quiet, but at the other end of the park she keeps hearing sirens and ambulances. “It’s like a science fiction movie,” she says.

Last of all I want to know if she will get vaccinated. “I can’t wait!” she says without hesitating.